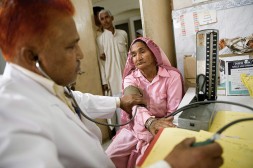 Mr. K B Bakshi founded the Kalyanam Karoti Eye Clinic in October of 1995. He was inspired to do this after finding out that a good friend of his, director of the Gandhi Ashram in Meerut, had gone blind. This had initially started as a cataract, which was very expensive to treat at the time, and then developed into glaucoma, which was then incurable. 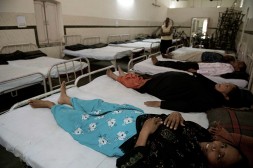 Inspired and wanting to help those in need of eye surgeries, he reached out to the Kalyanam Karoti Hospital, a government-run Hospital aimed at helping the physically handicapped and they agreed to open a new Eye Clinic branch. With only the name, and tax exemption, he was now faced with the task of collecting funds for this project. 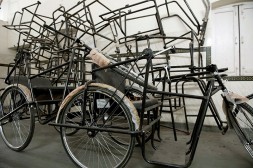 We had the opportunity to personally meet Mr. Bakshi in Meerut, who stepped down from his position as Director three years ago. He says that he has never been interested in the concept of an institution, but he founded one, in order to help people who are facing the scary prospect of losing their sight. 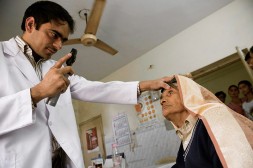 His Holiness and Mr. Bakshi have been acquainted since 1965 and in 1995 His Holiness inaugurated the Clinic with some seed funding. Some years later Mr. Bakshi approached His Holiness again about financial assistance. The Trust has donated funds to the Clinic since 2003 and lastly in 2009-2010 – first for the basic running of the clinic and then to purchase an ambulance. 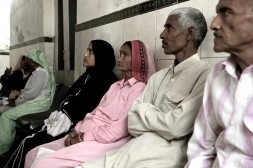 Kalyanam Karoti Eye Clinic is a completely free-of-charge clinic. From basic check-ups to cataract and glaucoma surgeries, among other surgeries, patients do not have to pay for any of the facilities. The Clinic covers all the costs incurred- first the doctors travel to villages to examine patients, then the clinic provides the patients’ transport, stay, surgery, and transport back home. A week after the surgeries, patients are brought back for check-ups. 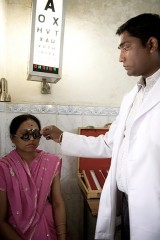 Therefore, this clinic goes above and beyond the responsibilities of regular hospitals. The Clinic has two ambulances, a hall with beds for patients, check-up rooms, a minor surgery operating theatre, and the main operating theatre. 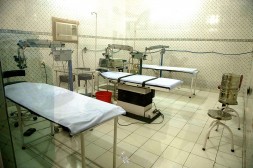 They hold Eye Camps every year in different villages, beginning on the 1st of September and ending on the 20th of April. Each month they hold 11 camps and have now proceeded to holding camps for hearing aid as well. On the 6th of July every year, in honour of His Holiness’ birthday, Kalyanam Karoti Eye Clinic holds two camps –one for the visually challenged and another for the deaf.