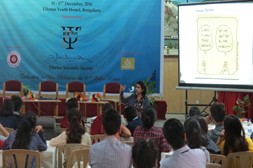 The fourth Tibetan Science Conclave was organized by the Tibetan Scientific Society in collaboration with IndiaBioscience and sponsored by the Dalai Lama Trust at Tibetan Youth Hostel, Bengaluru. Tibetan Scientific Society is a non-profit organization started by a group of young Tibetan students pursuing advanced studies in scientific fields in India and abroad. The Society has been organizing this biennial science workshop called Tibetan Science Conclave since from 2010 in the aim of providing platform and opportunities for young Tibetan minds in different scientific disciplines to interact and exchange various scientific ideas among them as well as with larger global scientific community. It not only encourages young Tibetan students to pursue exciting and innovative research in science by exposing them to the methodologies of research from early on but also facilitates open discussions on issues related to scientific and technological progress within the Tibetan community that will help to create a modern and self-reliant Tibet. 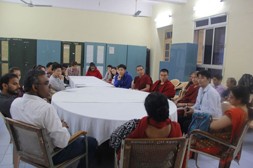 The TSS organized the fourth Tibetan Science Conclave for three days from 15 to 17 of December 2016 by dedicating it to His Holiness the XIV Dalai Lama in the presence of well-known speakers and 97 participants with various scientific backgrounds hail from different universities and institutes all over India. The conclave was entirely funded by the Dalai Lama Trust on the ground of parallel aims and objectives in the promotion of education among young generation. The three-days conclave focused on Multidisciplinary research, Institute/campus visit and research presentation relating to a number of educational fields. 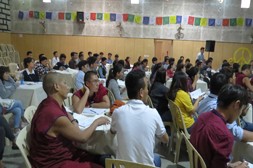 The first day of the conclave was started with the inaugural session in the presence of Mr. Ngodup Tsering, Education Minister of Central Tibetan Administration as chief guest, Dr. Smita Jain, Associate Director of India Bioscience, Dr. Tenzin Nyibum, Secretary of Tibetan Scientific Society, Mr. Dhondup, Administrator of Tibetan Youth Hostel, Bangalore, speakers, and participants. As customary, a short welcome note from Mr. Dhondup followed by an overview of Tibetan Scientific Society by Dr. Tenzin Nyibum to all the attendees were held respectively. Mr. Ngodup Tsering, Education Minister of CTA appreciated TSS and stressed the importance of such gathering of Tibetan science scholars at the conclave in his speech. An interactive session between the minister and participants was also held informally. 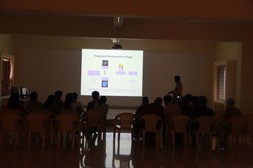 Two different workshops and one lecture were arranged from IndiaBioscience. The first topic was on Paper and Grant Writing by Dr. Reeteka Sud in which the technique such as ‘and, but and therefore’, in short ABT, in report writing was introduced and participants were excited to see the rationale behind good report writing by using this simple technique. The second topic was on Multidisciplinary Research Lecture by Dr. Praveen Kumar Vemul. He shared his experience and 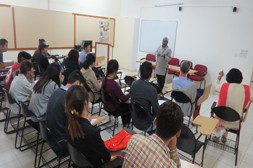 research finding during and after his Ph.D., which turned out be very inspirational and engaging feast to all the science participants. After the tea break, Dr. Harini Barath from Indian bioscience gave an interactive workshop on Science Communication by explained the importance of science communication in general and the role played by popular media in particular. Her presentation introduced different media through which most of the scientists and research scholars communicated their work. It also featured some simple It also featured some simple rules for effective communication as well as some important thoughts why one should communicate his/her work to the larger audience. The entire presentation was an eye opener to our young participants whom every slides made a bit of sense altogether. After each of the above workshops, some exercises were also prepared exclusively for the participants to analyze their understanding of the main theme of respective topics. The first day was ended with an informal discussion in the evening for collecting feedbacks from the participants regarding the improvement of current science education in Tibetan schools. 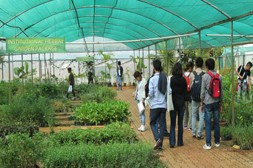 and scholars as well as engaging with new environment of science and technology thoroughly. This has been considered a golden opportunity for all the participants to expand their views on the scientific world by exploring new things from different institutes and universities. The institutes and campus that the participants visited and explored thoroughly for the second day as part of the educational tour were: Trans-Disciplinary University (TDU), Indian Institute of Science (IISc), National Institute of Mental Health and Neuroscience (MIMHANS), and Jawaharlal Nehru Centre for Advance Scientific Research (JNCASR)

The research presentations have been the most important part of Tibetan Science Conclave since the beginning. The participants get a chance to present and share his/her own research work, be it 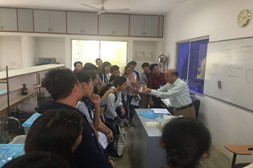 an independent work, a master dissertation, summer training and internship as well as a Ph.D. work. Therefore, The final day of the conclave entirely focused on research/project presentation of participants. To start with, Dr. Werner displayed the first presentation of the day by sharing his interdisciplinary approach in forest dieback research, which was followed by Dr. Kalsang Tharpa’s Report on Analysis of Physical and chemical properties of a ginger cultivated land in Bylakuppe.

After the tea break, a number of oral research presentations by the students in the presence of earlier speakers as well as other doctorate candidates on various subject matters range from anticancer activity of novel synthetic compound Benzo (d) isothiazole to personal journey and experience relating to scientific studies were given to the delights of all the 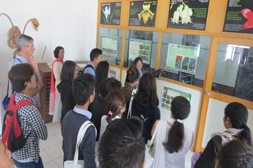 participants. Some of the major presentations made by students during the last day were presentation on survey-based studies by visiting five different Tibetan schools in South Karnataka, presentation on the effect of sex-linked recessive inheritance in male and female house fly, presentation on the effect of hydrocarbon on human health, an interesting collaborated presentation on alcohol percentage in Chinese and Tibetan rice wine (Chang). Research work and messages from overseas Tibetan research scholars for the participants were also shown through offline web presentation. An invitation-based presentation was also given by Mr. Jamyang Gyaltsen, who is currently working at Tibet Fund as senior education program coordinator. He shared his work and personal experiences on education reforms in our community through the scientific approach. Finally, a panel discussion on improving science education in exile community as well as one’s own way to go forward in pursuit of higher studies in scientific disciplines was held among the panelists.

The three-day program on science conclave successfully concluded with a valedictory function of distributing the participation certificates for the participants and words of thanks from convener Dr. Tenzin Passang to all the people and organizations for making this conclave a success.